Summer Horizon is still in early development. Art assets are incomplete as is the story.

Summer Horizon tells the story of Alex who learns that learns they're  asexual during the summer before college, and their journey into  exploring what it means to be in an asexual relationship

Alex is going into college after the summer, but after an encounter with the college LGBT club they find out they're asexual which turns their  life into a mess.

Jason is your typical jock, at least that's how Alex percieves him. He  is in the hockey club at school but in his free time he is in pottery  class and is a favorite of the grangrans.

Zaffie loves nature and runs the most influential Twitter page  representing the teens of the Green Party. She is kind and very  protective of her friends, but really stubborn.

Peter is a trans man who works at his parents farm, and is honsetly just the nicest guy. He spends most of his time helping out at the farm or  in school, but when he has free time he spends it either in the library  or painting.

Alex and Kaitlynn have been school rivals for a while, Kaitlyn always  has the best grades and Alex is always just below her. She's cool,  confident, and a perfectionist, which leads people into seeing her as  cold.

Feeniks is an nb DnD geek with social anxiety who sometimes goes around  in a wizzard hat and cloak. They enjoy temselves most when they play  DnD.

Misty is a trans girl who really likes art, and she works at an art  supply store and buys more art supplies then she ever gets to use. She's sweet but very introverted, having no friends after some messy stuff  when she came out as trans.

We're aiming to get full voice acting, and a male and female protagonist who can romance different characters. Along with that there's going to  be a lot of art, and an original soundtrack. The game will also be free! 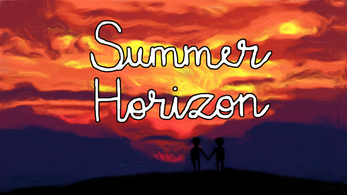